Innovation and automation punching above their weight 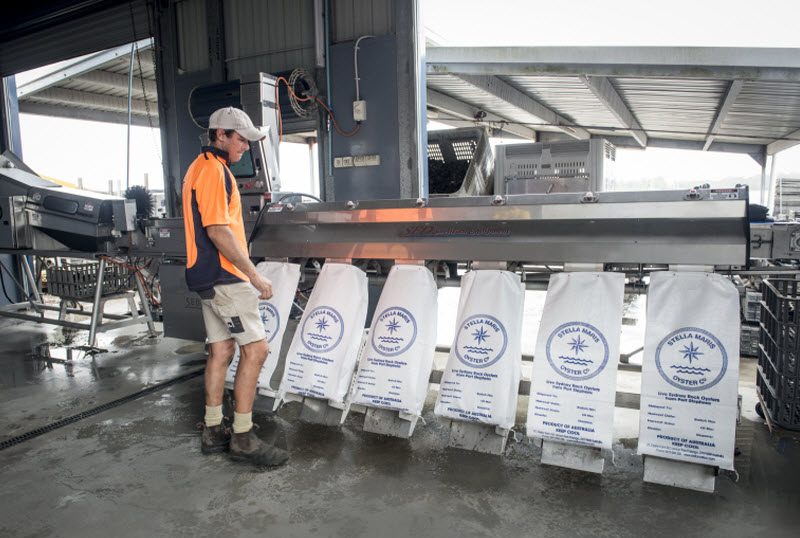 Many global oyster farming operations are looking to Australia for farming innovation and new methods of automation. Oyster farming around the world typically follows similar traditional methods, with a few slight variations.

Some intervention in this space is possible; however, for most farms, innovation using science and knowledge, or automation using engineering and necessity are the keys to survival and growth.

There have been significant advancements over the past 10 – 20 years from both Australian ideas and from our friends across the ditch in New Zealand. Whether those advancements are in handling live oysters, storing, remote monitoring or in the case of SED, grading oysters, these advancements in marine technologies are emanating from down under. 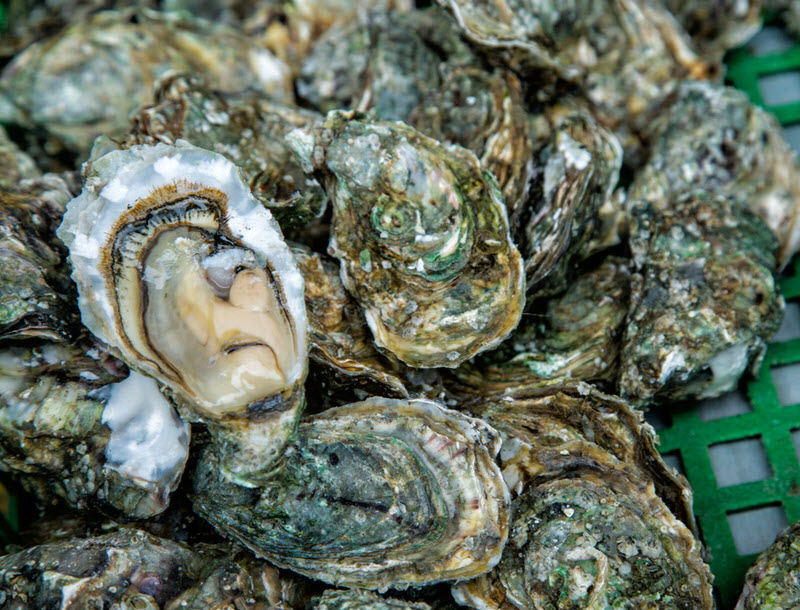 It is more than just staying competitive. Technologies have become essential in a host of farming applications. For example, the agriculture sector commonly uses drones to monitor livestock movements, and many farmers have installed sensors that feedback information on soil health, weed and pest data, and crop health.

Remote monitoring systems assist agricultural farmers in maintaining information on dams and water troughs whilst the farmer is attending to other things such as fixing fences or enjoying a cuppa.

Similar principles have been developed for marine based farming, particularly oyster farming. Oyster farmers Ewan McAsh and Philip Browning developed their SmartOysters app out of necessity.

Ewan, at home with his first born child, needed a way to monitor his lease and direct his employees whilst spending time with his new baby.

He was able to develop a GPS enabled system controlled from an iPad that relays real time information on what is happening on the farm. This type of innovation adds increased flexibility into farm management whilst improving the business, with a host of additional features developed as the device evolved.

An improved basket system replacing the traditional oyster bags was created by a farm out of New Zealand. Requiring a more robust system than the traditional soft mesh material to avoid bag failure during a storm, the farm used New Zealand ingenuity and Australian manufactured baskets and developed the Flip Farm oyster farming system.

The system greatly reduced labour costs, more than 50%, through handling efficiency and created a better growing environment for the oysters.

With some very clever and creative people down here in the southern hemisphere developing all sorts of new methods to improve oyster farming, younger farmers are seeing the advantages of adopting new technologies into their operations.

Automation is a natural progression and one that has been bubbling away for nearly two decades. With so much attention on consistency and visual aesthetic along with a focus on sustainable and clean farming practice, it makes sense for farmers, new and established, to integrate automation technologies, in line with their agricultural colleagues.

SED Graders is an Australian and family owned company creating automation technologies that are greatly improving the efficiency and profitability of oyster farms in Australia and around the world.

Another innovation created from necessity, the vision grader, came about because farmers were struggling to engage sufficient workers, and labour costs associated with grading were becoming prohibitive.

Developed in consultation with Tasmanian oyster growers, the vision grader has been tried and tested over two decades.

Dramatically improving grading efficiency by reducing labour costs, oyster farmers have also seen a significant spike in oyster consistency to market and improved mortality rates. As the machines become more mainstream, upgraded inclusions such as the treatment of overcatch are emerging that fit into the machine’s grading line without impacting its speed.

As growers continue to find solutions to problems, particularly around flexibility, speed, security and costs, our small patch on the world stage will continue to attract global attention, punching well above its weight.

Contact us for any questions you may have and when you are considering a SED Graders vision grading machine or upgrading your current machine with an overcatch treatment bath. As we head into the busy Christmas period, our team is here to assist you.

With over 20 years in the industry, you can trust our machines and our team to deliver on our promises.