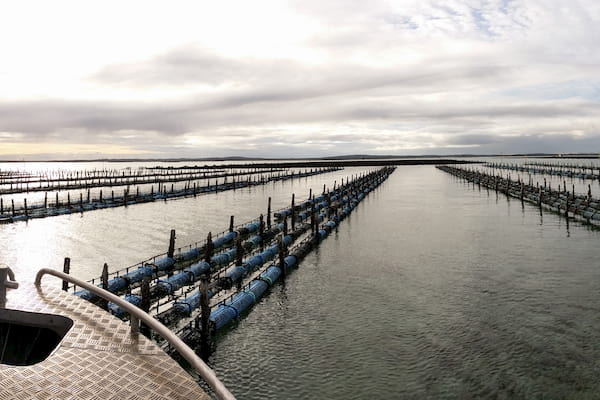 SED Graders were excited to visit various regions of Japan to help the oyster farming industry recover after the 2011 tsunami.

The visit came from an initiative from Austrade and involved making introductions to SED Graders’ basket system, allowing a diverse understanding of the product and an opportunity to experience a reliable and efficient method that Japanese oyster farmers can utilise. 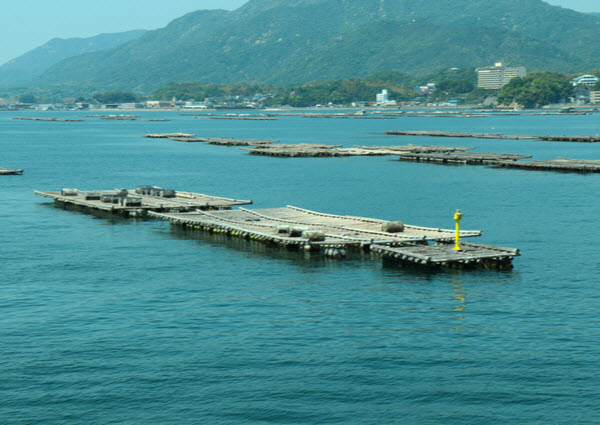 Recovering from the tsunami

The 2011 Japanese tsunami wiped out 98 percent of the oyster farming infrastructure in Japan’s Miyagi region, and the industry was identified as one of the ways the Japanese regional economy could recover.

“We learned that the farmers were looking to increase the efficiency of production with modern technology, to produce a quality, live oyster ‘in shell’, which attracts a higher price,” Matthew says.

“The number of oyster bars in Japan is increasing rapidly, so the farmers are seeing that as an opportunity.”

As part of the new approach to aquaculture, many Japanese oyster farms are now experimenting with Australia’s basket system, allowing for an opportunity for better management of the farms using updated farming methods. 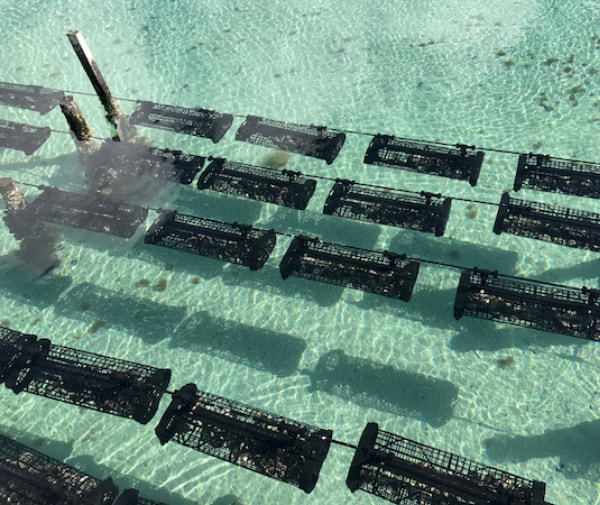 Although Australia is a small producer, the industry is an international leader in both farming and grading technology.

Combining the basket farming system with the SED Grader machines has benefited oyster farmers in Australia and across the world, including Japan, by significantly increasing productivity, decreasing labour costs and producing a superior product. 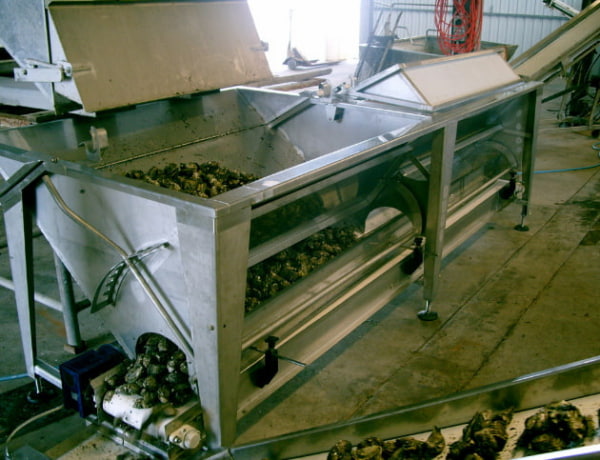 The traditional method of harvesting oysters in Japan is to grow the oysters on ropes and manually shuck (open) the oysters to take the meat out for domestic sale.

Matthew adds, “A lot of Japanese farmers continue to use this method. They would get about 20 yen per oyster meat. But since utilising the basket system, they eliminate the need to shuck the oysters and can sell live oysters for about 70 yen each.

The basket system also means that farmers can sell fresh oysters with the shells still intact, as this is how the market prefers their oysters, particularly restaurants.”

A majority of Japanese oyster farmers still use the traditional methods of growing; however, the decreased availability of workers and the increased costs of manual labour mean that these methods are becoming unsustainable.

The automated SED Vision Grader allows farmers to clean, separate, size, count and bag or box oysters at an average of four ‘for sales’ per second and up to eight oysters per second for juveniles, with a count accuracy of up to 99% with just two workers. 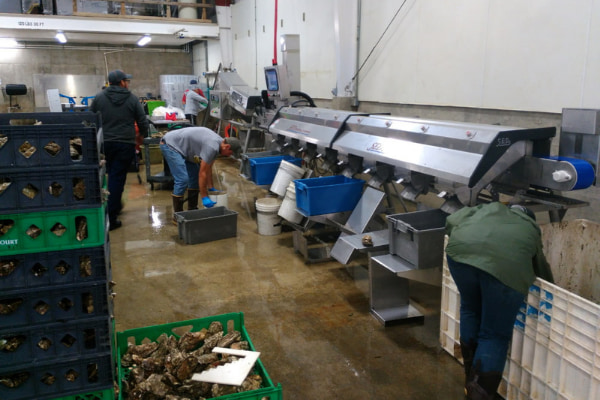 Developed in partnership with oyster farmers across the country, the Australian oyster farming basket system has evolved over the past 20 years. This incredibly versatile system, made from robust plastic baskets, can be customised to suit the unique requirements of a wide array of oyster farming environments.

Find out more about our productivity-boosting oyster graders and equipment. Contact the team at SED Graders today.