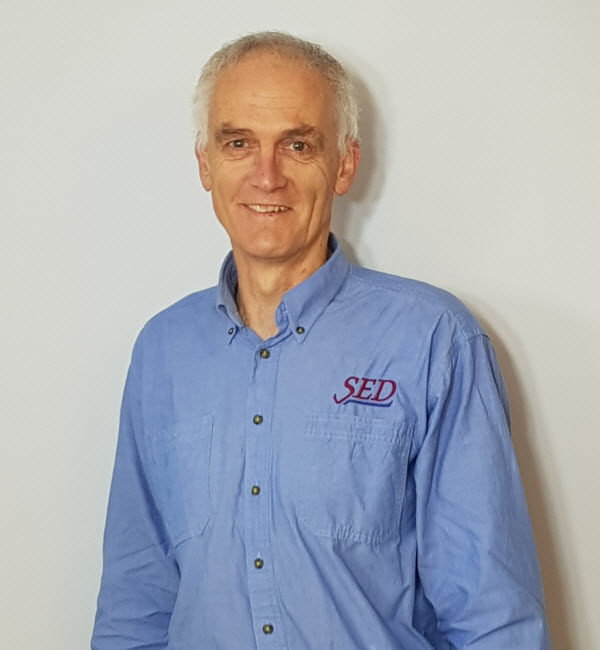 Engineer, entrepreneur and innovator – as the founder of SED Graders, Matthew has embraced each of these monikers, successfully running his own business over the past thirty or so years. His engineering background, married with trade experience in fitting and machining, allowed him to identify and meet a demand in the Tasmanian dairy industry for locally designed and constructed machinery.

But things changed when the Tasmanian oyster industry knocked on his door asking for ideas to improve productivity. Matthew identified the problem and it was one that he was determined to solve.

“The local oyster industry was stuck,” says Matthew. “They couldn’t grow the market because the labour cost was so high, plus they had trouble finding workers because the job of hand grading oysters is so boring. So, they asked us to invent the machine that would grade oysters.”

When Matthew took on the challenge, little did he know that it would take him seven years to find the solution that today is the SED Vision Grader. Passion and determination kept him going until one night, at two in the morning, he had his eureka moment.

“It really was a eureka moment,” laughs Matthew. “I thought ‘I’ll try this,’ and I wrapped a piece of metal around something and used a bit of duct tape and it worked!”

Matthew had nailed the principle, now he focused on refining the idea into a robust machine that would withstand the harsh coastal environments typical of oyster farms. And that part was easy, given that designing and building machines for the farming community was Matthew’s core business.

Innovation is at the heart of the company Matthew has built at SED Graders. He has surrounded himself with a team of people who love the challenge of solving a problem. But Matthew also credits the local oyster farming industry as a group that is constantly looking for new and improved ways to farm. It’s this openness to new ideas that works well for both parties. SED Graders works hand in hand with farmers, developing technology to improve their productivity.

“The local farmers are great to work with,” says Matthew. “A lot of the development we’ve taken on board is thanks to what the farmers have experienced and we’ve been able to improve things because of their feedback. That’s quite unique.”

In fact, it was this unique knowledge-sharing culture that led to SED Graders’ second innovative machine, the SED Water Grader.

“We developed the SED Water Grader in 2005, and that again was a request from the industry saying that we’re killing too many oysters because of rough handling and they needed a machine that’s much more gentle.”

Initially, SED Graders worked with an oyster farmer to develop a few prototypes, but nothing quite worked. Then, another farmer in South Australia came up with an idea that became the basis of the machine that grades juvenile oysters so gently it reduces their mortality rates to 1.5%.

For Matthew, the future of SED Graders is about sharing the innovation he sees right across the Australian oyster farming industry. He’s fiercely proud that, as a nation, we lead the world in single seed oyster farming. And he sees game-changing innovation not just at SED Graders, but also at companies like SEAPA, which created the versatile oyster farming basket system that can be adapted to different farming conditions. He also sees innovation in educating the global industry in the Australian method of farming.

“Australia leads the world in the technology of not only grading oysters, but also in growing them,” says Matthew. “Our system creates a very nicely shaped oyster, which customers and restaurants like because they’re a nice, consistent shape, the meat is plump and they taste great. This type of oyster is now popular around the world and there’s a growing trend to move to single seed farming.”