McAsh Oysters: How one oyster farmer uses SED Grader technology to increase productivity for both himself and the local community 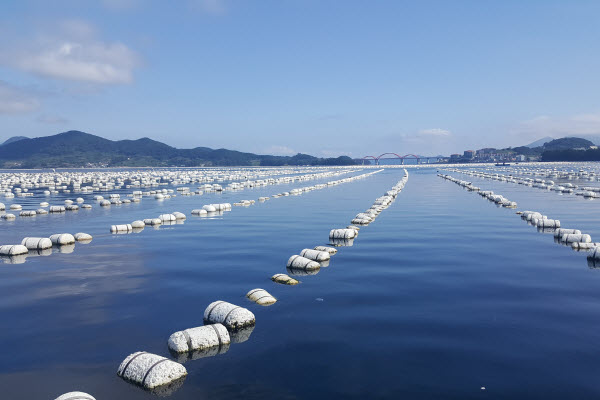 Ewan McAsh is a trailblazer in the Australian oyster growing industry. His passion for supporting local farmers and protecting the environment whilst growing the industry makes him the very definition of a modern oyster farmer.

Marine scientist and innovator Ewan runs McAsh Oysters, on the Clyde River, in the heart of NSW’s south coast. He is also the founder of wholesaler Signature Oysters, share farm and oyster farm consultancy Oyster Life and SmartOyster, a business dedicated to ensuring farmers are digital-ready. 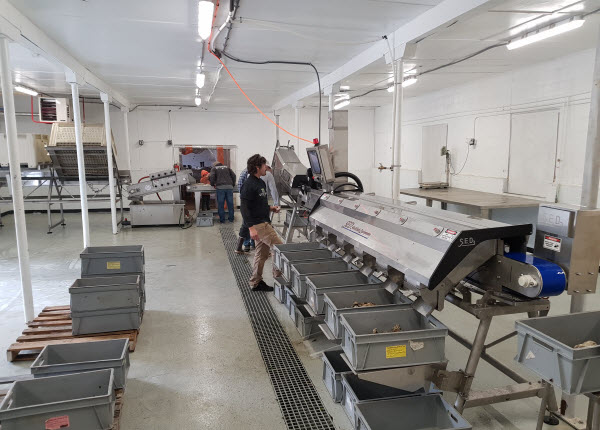 Ewan’s busy schedule means he values efficiency and productivity across his enterprises.

This is not a man who wants to be hand-grading oysters when he could be spending time growing his business. So it should come as no surprise that Ewan was an early adopter of SED Graders machinery and technology.

“We use SED Grader machines for handling our oysters,” says Ewan. “We’ve got a bag tipper, a washer, inspection belts, we’ve got the SED Vision Grader and the bagger here, as well as the SED Water Grader.”

When Ewan and his father, Kevin, took over the lease for McAsh Oysters back in 2004, they were quick to innovate, converting the farm from the traditional stick and tray production to single seed cultivation. It’s now been well over a decade since McAsh Oysters installed their SED Vision Grader, becoming the first oyster farmers on the NSW south coast to adopt our oyster grading technology. 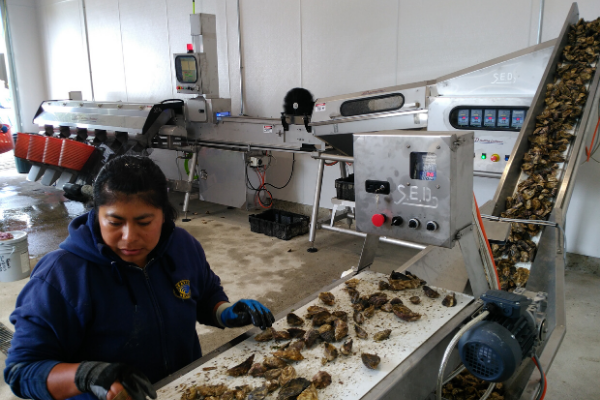 Ewan’s background in marine science gives him a valuable perspective on why building a thriving oyster growing community is so important.

He believes that through growing oysters, we create an economic reason to ensure the conservation of the environment.

By driving profitable farms, we ensure jobs and a sustainable lifestyle for future generations.

It’s this passion that motivates McAsh Oysters to keep striving to deliver the best possible oysters… and for Ewan, producing the best includes SED Graders.

“I feel that if you can handle the oysters well, you can keep them healthy,” explains Ewan. “You can keep them growing and you have a better quality product at the end of two or three years in the case of Sydney rock oysters.” 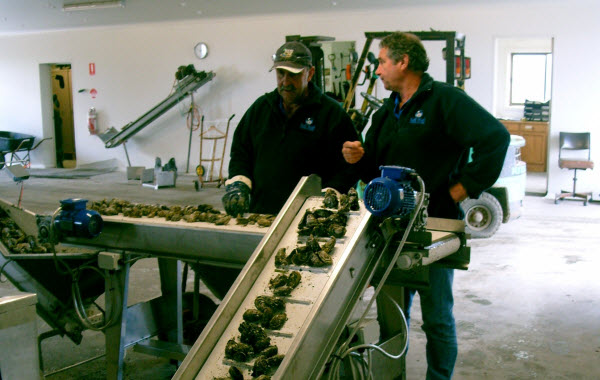 Ewan not only values the speed and accuracy of the Vision Grader and gentle touch of our Water Grader, he also appreciates that our machinery comes together as a total oyster grading and processing solution.

“We use all SED Graders’ equipment to have a really integrated system,” says Ewan. “It’s really versatile. We can swing inspection belts between machines and obviously the oysters are graded back into bags for sale or baskets to return to the water.” 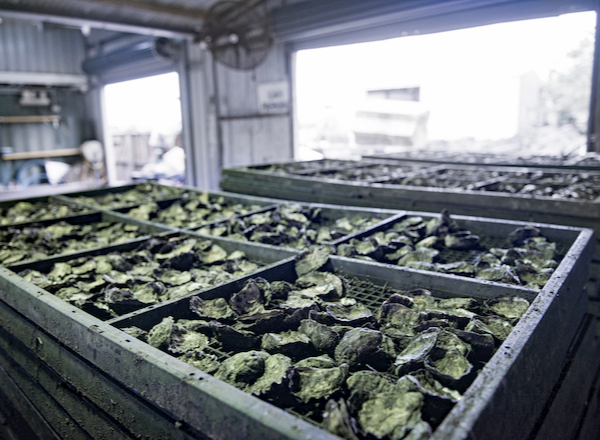 When it comes to supporting the oyster growing community, Ewan certainly puts his words into action. McAsh Oysters also contracts out their grading machines to other growers – an initiative that not only supports other local oyster farmers, but also brings revenue to Ewan’s own business.

“We do that with ease and not too much clashing of timetables. It’s been really helpful for other farmers who can’t make the capital expenditure for a machine or don’t have space for it. I have guys that travel three hours to use the machines for grading because of the time advantage they gain by using them.” 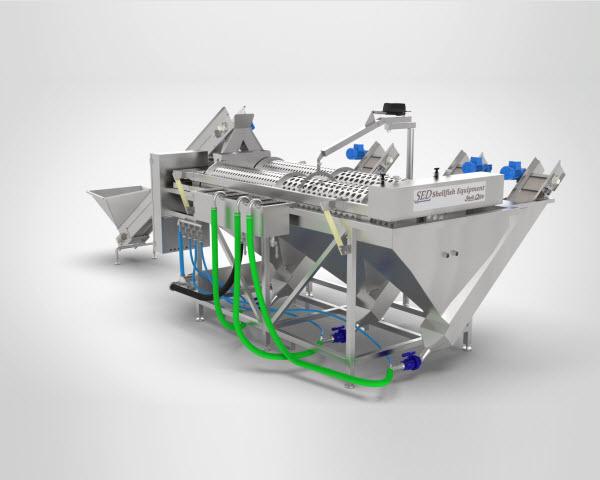 Contract grading is a very important income stream for McAsh Oysters and serves as an excellent working model for other farmers and producers.

“Contract grading has been fantastic during downtimes when I’ve got production gaps or I’m closed for sales. It’s been really handy to have other oyster farmers using the machines. It keeps money coming in.”

Ewan uses a flexible model with several payment rates that allow farmers to choose the level of service that works best for them.

He offers a full-service rate where he receives the oysters, inspects, grades, bags, tags and sends them to transport; or a reduced rate where he simply oversees the farmers using the machines to make sure everything is working smoothly. He also has a commission rate for farmers who prefer to simply deliver their product for Ewan to grade and sell.

For McAsh, integrating SED Graders’ machinery has been a win-win. Not only has Ewan been able to increase his productivity, he’s also able to support other farmers by providing them with a time-efficient, cost-effective grading solution that has the added bonus of bringing in a valuable revenue stream. And we love that SED Graders has been a part of helping Ewan support oyster farmers in his local community.