Developed in collaboration with oyster farmers, the vision oyster grading machine is manufactured in Tasmania, Australia, using the highest quality stainless steel and built to last for years.

The overcatch treatment is a seamless addition to the vision oyster grading machine that adds significant value to oyster farmers throughout the harvest cycle.

Fully customised to suit your farming operations, you can optimise the vision oyster grading machine to include four, six, or eight grade exits and set the size and number of bags according to your output. With an accuracy rate of 99% and designed for easy operation, and with worldwide after sales support, the SED Graders vision oyster grading machine is one of the best investments your farm can make. 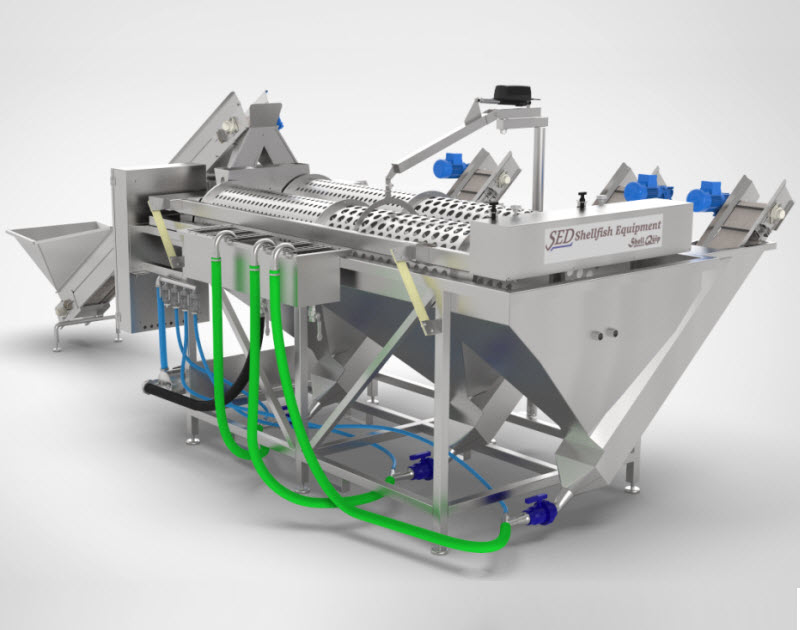 For seed and juvenile oysters, the high mortality rate is a concern. In many instances, the mortality rate from seed to saleable oysters can be as high as 45%. In any other primary producer environment, such a high mortality rate of any stock or crop on a regular cycle would be disastrous. It was this statistic that inspired the creation of the SED Graders water oyster grading machine.

Specifically designed to lower the mortality rate when handling and grading seed and juvenile oysters, the improvement in mortality rate has enabled many farming operations to reduce their mortality down to as low as 1.5%.

On average, the water oyster grading machine grades 100,000 oysters sized from 20-30mm every hour, and a twin barrel machine will double this figure. Rates are faster with smaller oysters and a second lane will increase productivity. The water oyster grading machine is fully automatic and is a single person operation. The machine automatically sorts the oysters underwater into three sizes and delivers the oysters to collection points via three small conveyors.

When used with the in-feed options and baggers, the machine empties the oysters into a bulk hopper, from where it washes, measures and separates them into grades.

The SED Graders team provides full worldwide after-sales support, including innovative virtual diagnostics for all our products. Our TeamViewer video support allows us to quickly and efficiently resolve technical problems – with a 100% strike rate in solving problems remotely. Our oyster grading machines are mechanically simple and easy to maintain, and all our graders can be fitted with readily available parts.

Automation is the key to improving a farm’s bottom line and remaining competitive. At SED Graders we have been helping farms improve their profitability through innovative and functional oyster grading machines for over twenty years. When your farm is ready to automate its grading, sorting, and bagging operations, contact our team for a no-obligation assessment.

SED Graders’ oyster grading machines and equipment are manufactured to the highest standards. Built for ease of use, our equipment successfully operates in the harshest environments. With superior backup service and qualified technicians on hand, oyster farmers around Australia, New Zealand, North America and Asia use our grading machines and support equipment. 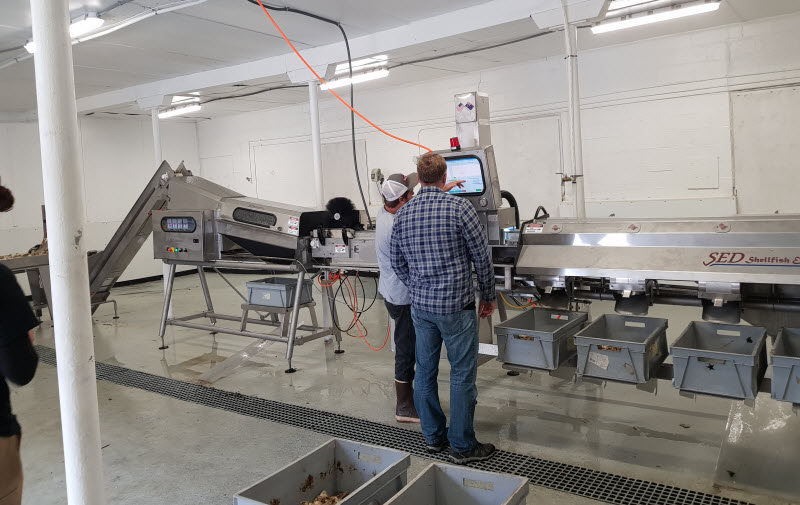 SED Graders is an Australian and family owned company creating automation technologies that are greatly improving the efficiency and profitability of oyster farms in Australia and around the world.

Contact us for any questions you may have and when you are considering a SED Graders oyster grading machine or upgrading your current machine with an overcatch treatment bath.