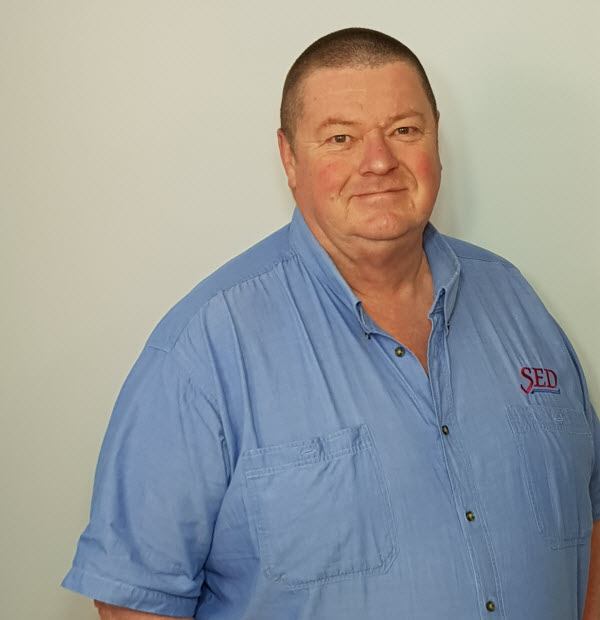 Rob Deed is passionate about innovation. After all, over the past eleven years he’s been integral to the development of the SED Graders machines. For Rob, innovation is a long road. It’s about hours of testing, dedication to trial and error and listening to his customers to make sure his team is providing machines that increase productivity for oyster farmers across the world.

“There are so many advantages for oyster farmers who are using our machine and the Australian system of growing oysters,” says Rob. “Compared to what I’ve seen out in the market, our graders are so much better for the oyster. Shaker graders haven’t been used in Australia for twenty years, because they just bash the oysters to death.”

For Rob, a big part of his day is working on research and development. Right now, he has a remote camera sitting on his desk as part of his latest project.

“Our next step in terms of innovation is putting a handheld camera in the machines. The farmers will be able to plug the camera in and show us exactly what’s happening. In a sense, our clients become the eyes and ears of the operation.”

This latest iteration of SED Graders adds another layer of support to the current remote video diagnostics using TeamViewer – an innovation that came about after a 24-hour trip to South Australia for a five-minute fix to a machine. It made Rob and the team realise they needed to find more efficient ways to support their farmers.

But innovation is not just about remote cameras. Rob is also working on developing software systems that can be retrofitted into machines to avoid technological obsolescence, and then there’s the live detection sensor to grade out dead oysters.

“A certain number of oysters will die and they’ll sit in the basket with their shell open,” explains Rob. “When the other oysters around them open to feed, they’ll close again if there’s a dead oyster next to them. But it can jam their shell open, which leads to more deaths. And of course, when it comes to market time, no one wants to pay for dead oysters and get an empty shell.”

Rob’s earlier experience in the auto industry and then working on wind turbines has stood him in good stead for his position as Production Manager at SED Graders.

“It’s the best job I’ve ever had; it’s the right amount of variety. There’s enough of something new to make it enjoyable.”

But most of all it’s about people. Rob really enjoys working with the team and he understands the needs of his clients. It’s this understanding that is integral to SED Graders’ success – their machines are built around an ingrained knowledge of how oyster farmers operate. It’s the reason that while the SED Graders are technologically advanced, they are also mechanically simple.

“For clients who live in say Streaky Bay, South Australia, it’s very remote, so even a trip to the local hardware is a five or six-hour drive for a lot of them,” explains Rob. “Our graders have got to be simple so your average farmer can sort it out.”

And when Rob’s not at home he’s still working, restoring cars and his motorbike. But he also makes time to watch the Sydney Roosters play a bit of rugby league – just don’t tell the rest of Tasmania that he’s not watching AFL!