Significant development in the treatment of overcatch 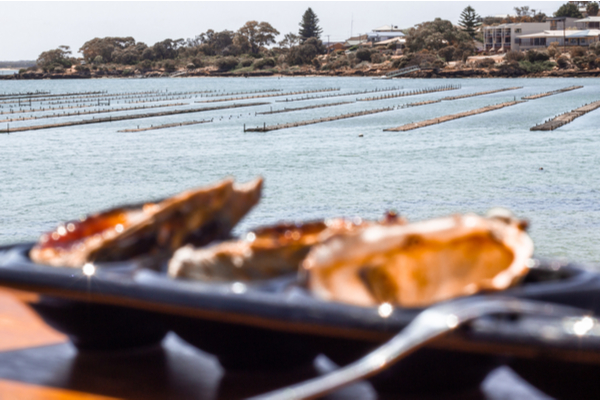 The traditional method of treating overcatch involves submerging the live oyster in very hot water for just a few seconds. It is effective; however, there is a very small margin for error. When the oyster is in the hot bath for too long or the bath is too hot, the oyster will die. Additionally, eradicating the overcatch is a secondary process. It requires increased labour costs and slows down the grading process. The whole process of dealing with overcatch is time consuming and expensive.

For some time, the industry has been asking for development in overcatch treatment methods that integrate with current grading and have a much improved oyster mortality rate.

How does it work?

SED has designed an overcatch treatment system that integrates directly with the current vision grading machine. A conveyor takes the oysters directly from the bulk hopper via the washer into the salt brine bath and back to the grading line without the need for a secondary process. The grading system can process four mature saleable oysters per second, and this added intervention does not effect labour costs or loss of processing speed and can be easily bypassed when it’s not required.

The process does require the installation of a suitable refrigeration unit with three-phase power. The refrigeration component is a standard set up that a licensed mechanical plumber can install, and it should not require an obtrusive amount of space.

The new development is a made to order machine costing AU$40,000-$50,000 with an estimated 12 month payback period with labour cost savings and reduced stock losses.

The traditional method of submerging the oyster into very hot water (70°C) for one to three seconds as a secondary line process has been the established technique for dealing with overcatch for a long time. Considered reasonably effective, it does lead to higher than necessary mortality rates or proves to be ineffective depending on the time and temperature of the water that you subject the oyster to. The margin for error is very narrow and the expected failure rate is unnecessary.

In collaboration with Southern Cross Marine Culture, one of Australia’s largest oyster growing operations with farms in Tasmania, South Australia and New South Wales, SED Graders have utilised the research and combined science with engineering skills to develop a low risk system that seamlessly integrates with current grading machines, proving to be a highly effective alternative in the treatment of overcatch.

Since 2005, South Cross Marine Culture has undertaken a host of testing and exploratory experimentation on alternative and effective methods of treating overcatch whilst mitigating the mortality rate of live saleable oysters.

The research shows that submerging the infected oyster in a very cold salt brine water bath (temperature set between -16 and -18°C) for a period of 30-60 seconds killed the overcatch without harming the live oyster.

They shared this research with SED, which enabled us to design and engineer a turnkey solution to add to existing SED oyster grading machines and incorporate a submersing tank into new machine designs. The design allows for regulatory grading with the advantage of isolating oysters with an overcatch infection and putting them into a salt brine bath within the existing grading line. The treatment saves valuable time, eliminates the need for a secondary process away from the grading and has a much improved live oyster survival rate.

The key benefit to customers is highly reduced stock loss. Additionally, the development of an overcatch treatment creates a broader window for success compared with the traditional treatment methods. The new development does not require change to the current grade line process and does not affect production times. These factors reduce mortality rates with a non-invasive interference that leads to a greater return on harvested oysters and improved bottom line.

SED Graders  are open to talking to current and new clients about the possibilities this new development can have for your operation, including required investment and timing of delivery. We can work with you to determine if the return on investment is within an acceptable range.

Contact Matthew Brown directly to discuss the science and research in greater detail and the possibility of adding the overcatch treatment system to your grading operation.

SED Graders are the leading engineering and manufacturer of oyster sorting machines. We have over 20 years in the industry, so you can trust our machines and our team to deliver on our promises.