Wheeler’s Oysters: How SED Graders made an immense impact on this oyster farmer’s lifestyle

Wheeler’s Oysters is an institution in Australian Oyster Farming. Hugh and Debbie Wheeler have been at the helm for almost forty years. In that time, they’ve expanded the Merimbula oyster farm, founded in the early 1900s, into a thriving business that now includes a kiosk, restaurant and live music.

The Wheelers have been running the SED Vision Grader for almost ten years now, and the impact the machine has made on the farm’s productivity – and just as importantly, on Hugh and Debbie’s lifestyle – has been immense. 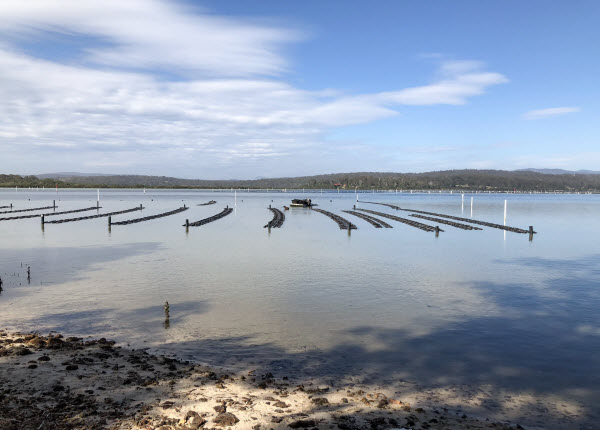 A new lease on life

Merimbula Lake, on the south coast of NSW, is an incredibly beautiful part of the world. But running an oyster farm and a restaurant is more than a full-time job and leaves little time for enjoying a bit of relaxation.

For Hugh, the chance to reclaim his lifestyle came with a government grant and the innovative technology of SED Graders.

“Quite honestly, using the SED Vision Grader has completely changed our whole outlook,” says Hugh, “getting out of bed in the morning, it’s a different thing these days!” 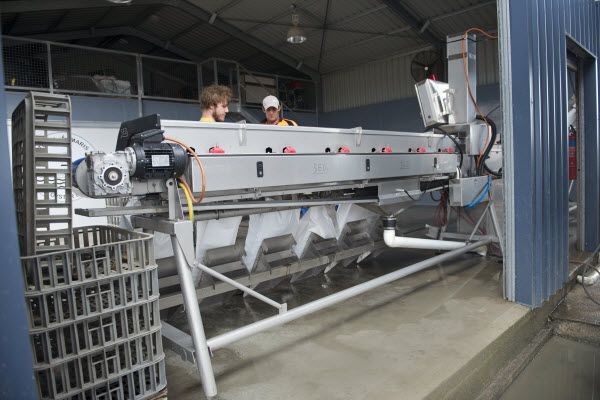 For Hugh, his SED Vision Grader has freed him and his team from the laborious work of hand grading – a job that was not only weighing down his profits, but also his spirits.

“If you don’t know anything about oyster farming, let me tell you that hand grading is the most boring job you could ever think of doing in your life,” says Hugh.

Hugh’s SED Vision Grader now measures, grades, cleans and bags his oysters in a fraction of the time it once took.

“The machine takes three or four hours to do the work that once took four of us an entire week.”

Thanks to SED Graders’ technology, Hugh has been able to increase productivity and reclaim valuable hours. Now he is able to use that extra time to focus on growing his business. In fact, the demand for Wheeler’s oysters has increased and now Hugh and Debbie work full-time on their oyster farm, having sold the restaurant arm of the business.

One of the conditions of the government funding Hugh received to buy the SED Vision Grader specified letting other farmers use the machine. For Hugh, this has worked out perfectly with at least ten other regional oyster farmers using his SED Grader machine on a regular basis.

“We’ve currently got about eight or ten farmers in Merimbula Lake and Pambula River who come and use the Vision Grader very regularly,” explains Hugh. “That coordinates quite well with our market arrangement where we are up in Sydney three days a week. Between us, we all get a good opportunity to use the machine, so it’s worked out really well.”

Hugh keeps the system simple, using a roster and giving a few simple instructions to start the other farmers off. And a small fee for using the machine allows him to cover costs. 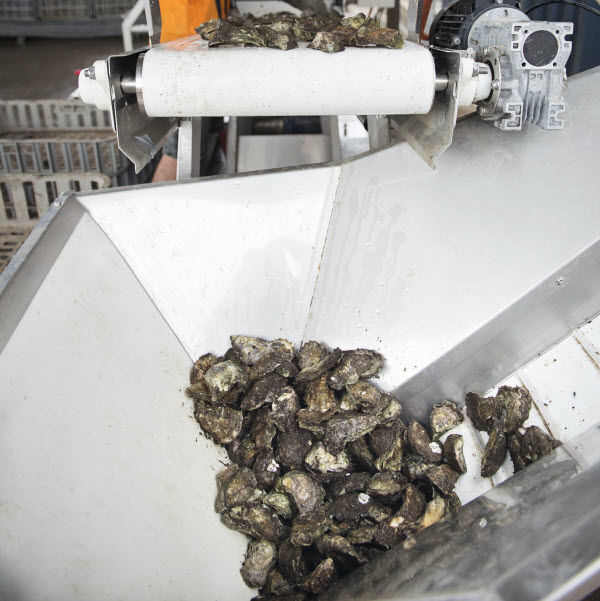 Another bonus of working together with other oyster farmers and using the SED Vision Grader has been the ability to work towards standardising a Merimbula grade oyster – a game changer for local producers that would be impossible without SED Graders’ technology.

“A Merimbula grade would be physically impossible to achieve if we were grading oysters by hand,” says Hugh. “But having standardised grades means we can all compare and be satisfied with the quality and that gives us combined strength in the marketplace.”

The accuracy of the SED Vision Grader gives Hugh and the other local farmers the certainty that as a group they can guarantee a consistent level of quality to their buyers. 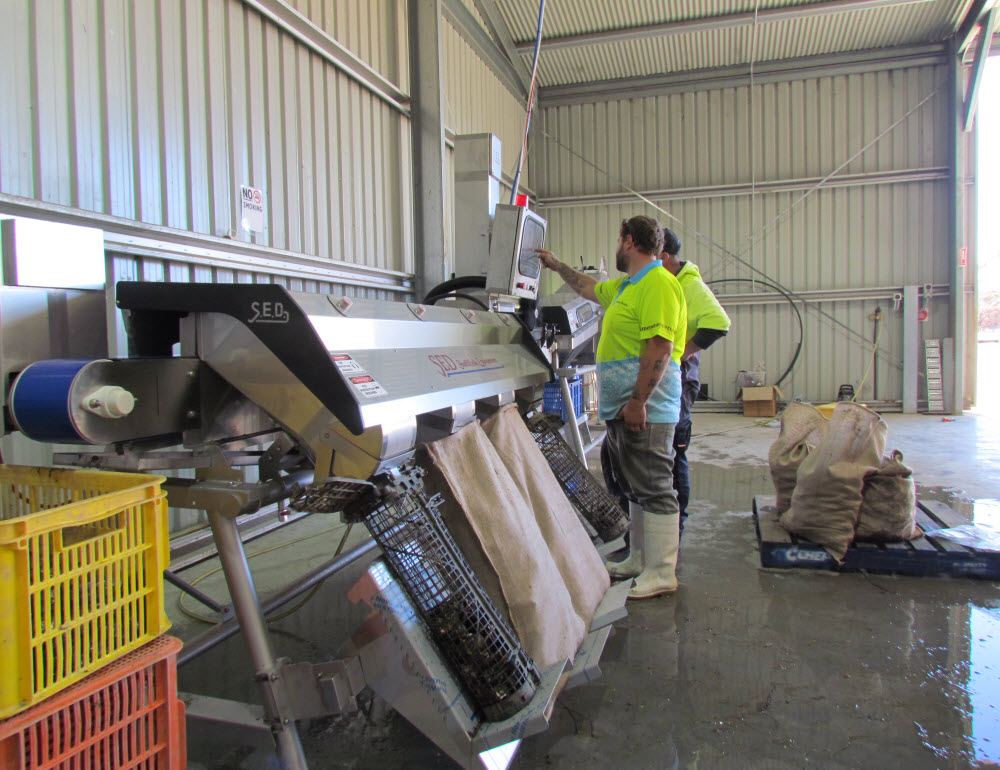 There’s no doubt that the SED Vision Grader has had a huge impact on both the productivity and quality of Wheeler’s Oysters and the surrounding farms, but for Hugh, this innovative machine has given him even more. It’s helped him and Debbie reclaim their lifestyle and enjoy the life of an oyster farmer.

“Our enjoyment of what we do is has risen exponentially above what the machine costs,” explains Hugh. “I couldn’t imagine being an oyster farmer without an SED Grader machine. And from what I’ve seen on other oyster farms, the SED Vision Grader is by far the best and most efficient. It is absolutely the best thing we have ever invested in.”